The Best Beers for Oktoberfest 2022 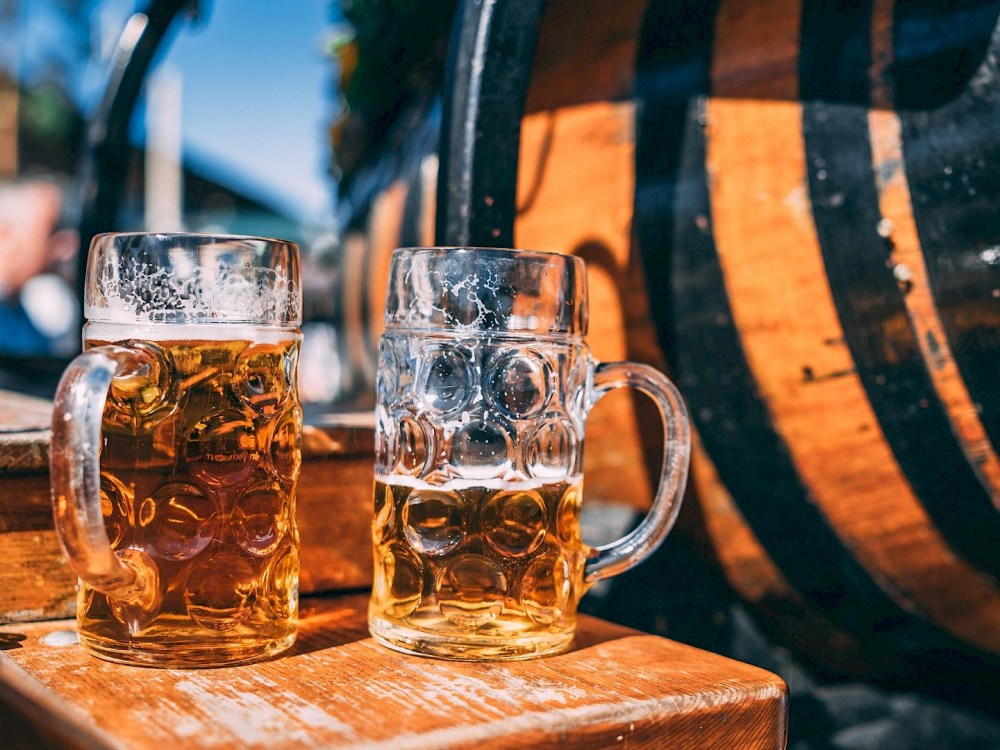 If you can’t beat ’em, join ’em. Or rather, if you can’t actually hop on a plane and head to the raucous celebration of all things beer that is Oktoberfest, well, take solace in sipping on one of the best beers for Oktoberfest in the meantime. After all, what better way to welcome fall than by shifting gears to a beer that oftentimes signals the start of a brewery’s slate of cold-weather releases?

Trust us; we’ve tried plenty of Oktoberfest beers: Just because you can’t make it across the pond doesn’t mean you’re missing out on the fun. And it’s only fitting that you reach for the much-loved style this season (as we’ve been doing). Sure, there’s always a time and place for sipping on the best IPA beer, but why not shake things up a bit? That’s what I’ve personally been doing, as you’ll read below, and I invite you to join in (responsibly!) on the fun.

Oktoberfest took two sorely missed years off and just kicked into high gear in Munich on September 17th — the festival itself runs until October 3rd, so be sure to enjoy some new brews while they’re still fresh.

Why Should You Sip an Oktoberfest Beer?

Besides the fact that they’re a fitting complement to fall’s general aesthetic (changing leaves and cozy flannel shirts very much included), there’s certainly more than one reason Oktoberfest beers belong in your fridge this season.

But what makes an Oktoberfest beer an Oktoberfest beer? In short, these beers focus on malt character, rich amber color, with aromas like toasted bread. Note that the beer served at Oktoberfest is often dubbed a “festbier” — more pale in color, and beers at the official festival can only come from one of six breweries.

This means that breweries in the U.S. of A. typically stick close to the Oktoberfest style (also known as a “Marzen” beer). These beers pair up wonderfully with hearty gourmet staples this season, like bratwurst, and of course, an Oktoberfest beer at a tailgate, a bonfire or within the comfort of your own home should just about hit the spot. These are the best Oktoberfest beers to crack open now.

You might call it sacrilege to place an American Oktoberfest beer in the top slot here (we’ll get to the classics in just a second!), but take it from this writer: Bell’s rarely ever fails, no matter the style of beer on offer. That’s also the case with Bell’s Oktoberfest, which boasts more of an herbal hop aroma and bite than other Oktoberfest beers. At its heart though, it’s still a delightful Marzen best enjoyed with crunching leaves underfoot and a slight chill in the air.

Recall what we said about not being able to hop a flight to Germany at a moment’s notice, right? Join the club, as this writer wishes he could partake in Oktoberfest properly across the pond. But in the meantime, you and I can certainly get a dash of authenticity with a cold beer in hand — this Paulaner brew is the only one served in Paulaner’s tents in Munich. Here, you’re getting a beer with a deep golden color and even some notes of toffee, and it’s scarily crushable even at a slightly higher 6 percent ABV (imbibe responsibly alongside me!). 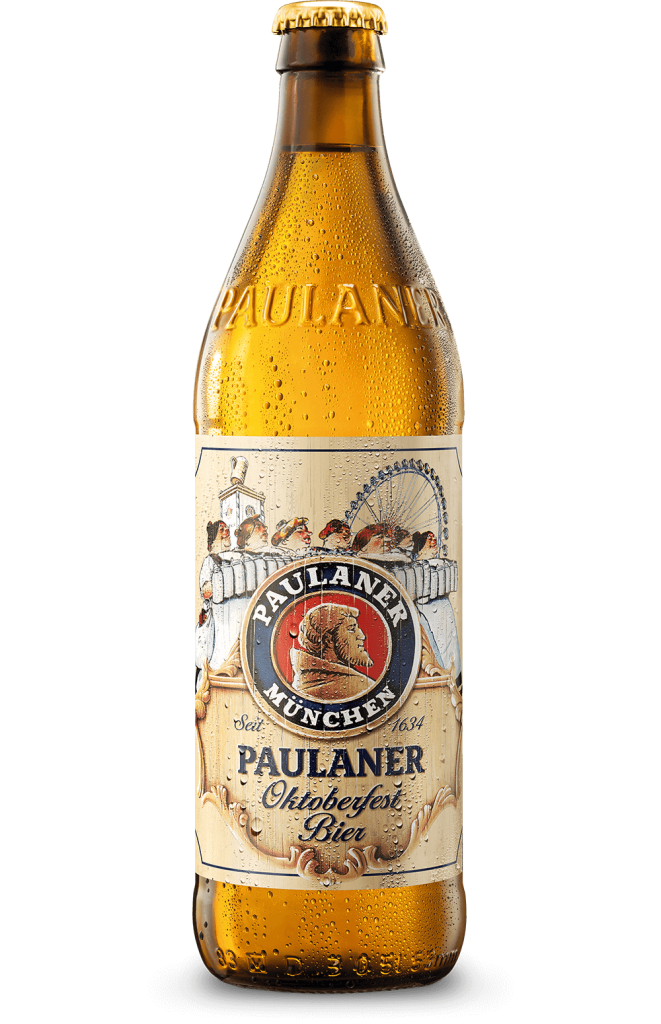 Sure, Oktoberfest beers by the very definition are more balanced than a seriously hopped-up IPA. But there’s just something different about Copper Legend from my personal imbibing experience. It hails from the great Northeast and has a rich copper color. This beer is at once crisp but also pleasantly malty and a touch sweet, without overdoing it on the palate in any way, shape or form. This beer is so balanced I’d go so far as to say you can enjoy it straight from the can, although proper practice might indicate you should pour it into a pint glass. The choice is yours, so stay thirsty. 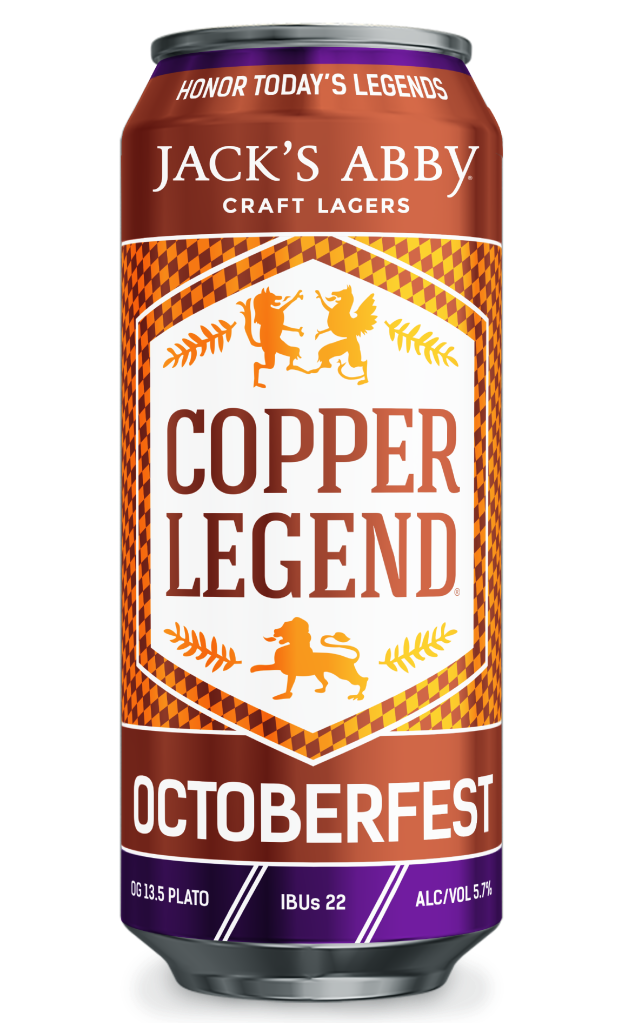 There are Oktoberfest beers that hue closely to traditions old and new (like Paulaner’s option), there are beers that are delicately balanced for Oktoberfest (like Jack’s Abby), and there are beers that sit right in the middle of that Venn diagram. For yours truly, that’s where Karbachtoberfest comes into play. It’s a Marzen style that drinks much more easily than that. You might say it’s best enjoyed in the heat or on those days when September weather just won’t cool down. 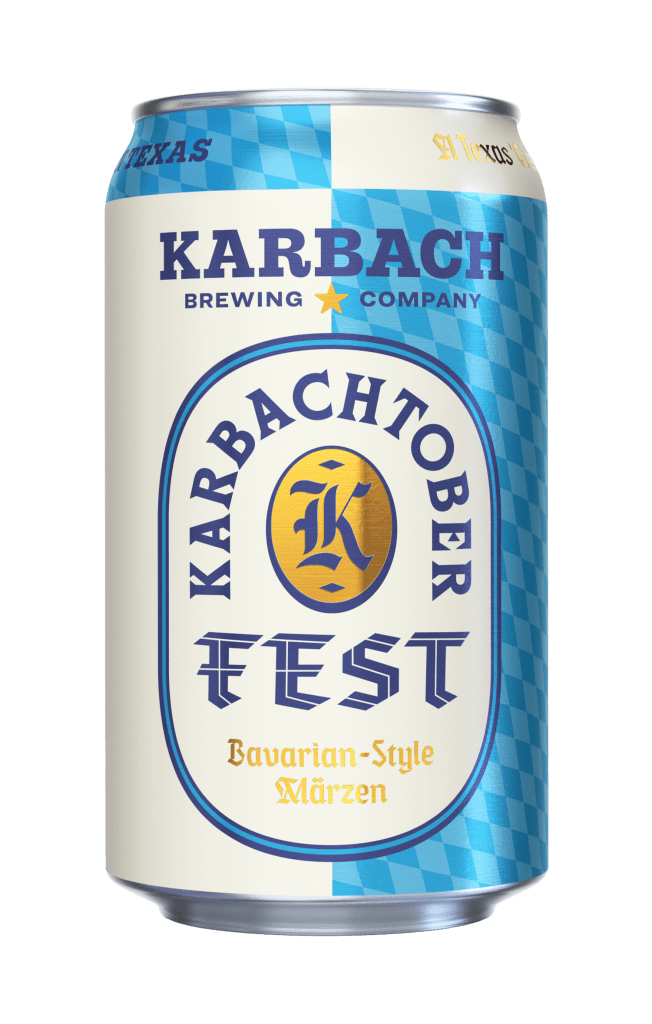 There’s a debate about the best way to drink a beer — should you imbibe from the bottle or the can when it’s a more carefully crafted beer? Does a beer do better on draft? The answer truly does vary based on the beer style and where you’re imbibing, of course. Trust me; I’ve thought about this quite a lot and drank the brews to prove it. If you want one of the best beers for Oktoberfest that drinks consistently no matter what — especially at a tailgate or bonfire, go with Brooklyn’s ever-reliable Oktoberfest. Trust me.

If ever you’ve been on the hunt for a cold can of cheap beer, perhaps you’ve stumbled across an option or two from much-loved New York State brewery Genessee (this writer certainly has). For my money’s worth, the classic “Genny” Cream Ale is an incredible value, and I can say much the same for the Genessee Oktoberfest. It’s got plenty of character and flavor for such an affordable beer (much like the famed Cream Ale). The noble hops add a pleasant, not overpowering punch. A 12-pack will run you just under $15, for good measure. 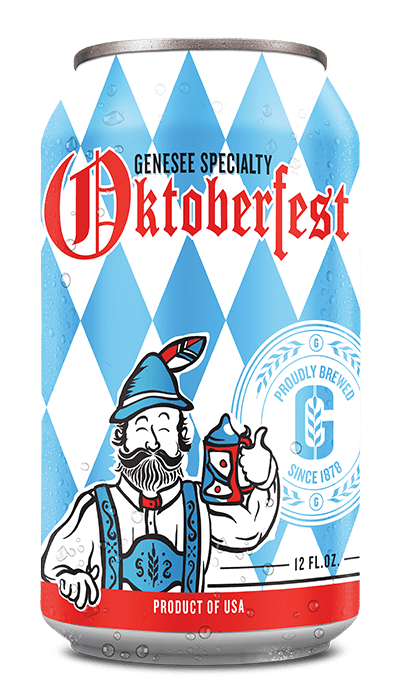 You could argue that most cold, slightly hoppy (non-sour) beer goes well with typical Oktoberfest food staples (like bratwurst or schnitzel). But when in doubt, go with a tried-and-true Oktoberfest style. AleSmith’s take on the Oktoberfest (branded with the Marzen moniker) pairs nicely with bratwurst topped with sauerkraut. The light, clean yet distinctive malt character makes this beer (and accompanying food pairings) really sing and stand out. 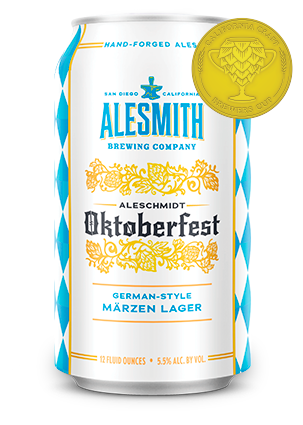 Sure, Texas-based Shiner is best known for its Shiner Bock beer, a classic that drinks well any time of year — even under the sweltering Texas sun (I should know: I visited there earlier this year). But the historical brewery is doing plenty of other styles just as well as any independent brewery in the country, including this take on the Oktoberfest. Hallertau Tradition hops are just part of what makes this beer “shine” (pun intended), so consider it as you look to switch things up from the legendary Shiner Bock.

The Best Beer Glasses for Every Type of Brew

The 12-Foot-Tall Home Depot Skeleton Is Back! (Updated)

How to Use a Safety Razor: Everything You Need to Know

Everything We Know About Yeezy SHDZ Sunglasses

The Perfect Candles to Spook Up Halloween 2022

The Best Pumpkin Treats For 2022

The 12-Foot-Tall Home Depot Skeleton Is Back! (Updated)