Tech Deals for Sept. 20: Save on Record Players, Wireless Soundbars 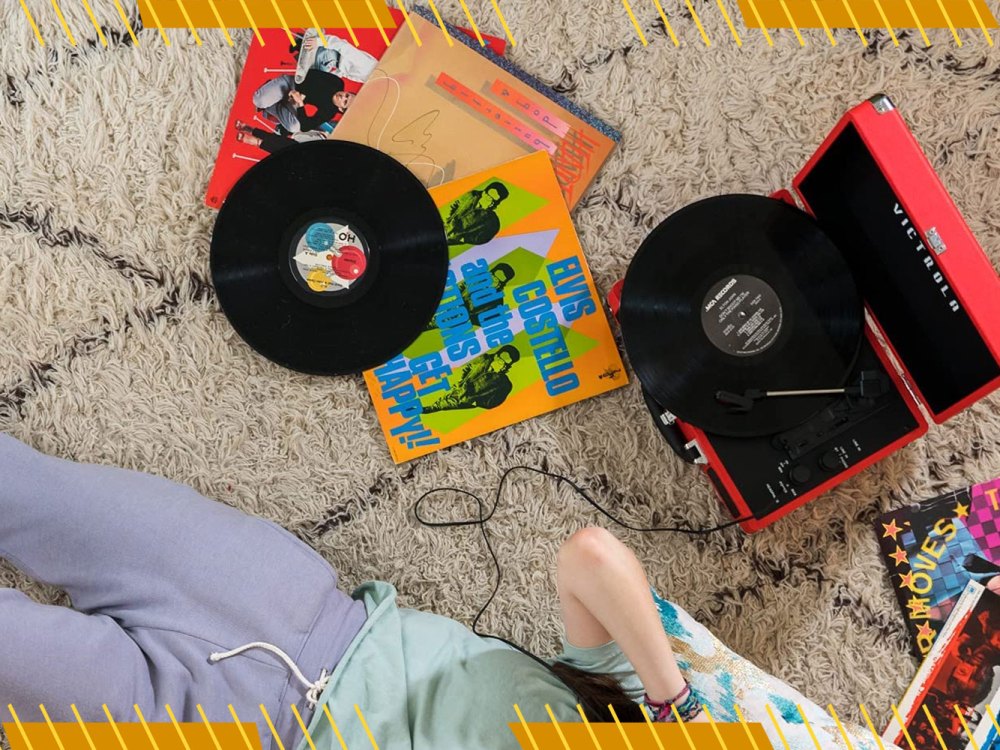 Summer may be over, but we’re just heating up with fall right around the corner. There have been quite a few tech deals we’ve posted that you should check out, like the early bird discount Amazon gave to the unreleased Apple AirPods Pro (2nd Gen) and the insane 72% off discount on SanDisk’s 256GB USB flash drive. Those are just two recent examples of some amazing deals we’re constantly looking out for.

Today’s top tech deals cover the gamut, with savings up to 53% off. From popular Amazon devices to an accessory you thought you never would need, these gadgets are made better knowing you’re getting a solid deal on them.

We really love smart locks. Gone are the days of having to remember where you left your keys because the Eufy Security Smart Lock can be unlocked a number of ways. In fact, there are four ways: using Bluetooth through your phone, digital keypad, Wi-Fi, and even using a physical key.

Best of all, you can receive notifications whenever the door’s been opened by checking out the activity log. It’s great if you happen to have children coming home from school, so you know they got in okay.

Victrola makes some of the most popular Bluetooth record players, and for vinyl lovers looking for a portable turntable, the brand’s famous suitcase devices are extremely popular. During this Amazon flash sale, you can get the Victrola portable suitcase record player for just $42 — a 53% discount from the regular retail price. This is a crazy-good deal on a popular gadget, and we highly recommend you jump on it before the sale ends at midnight.

This suitcase record player has more than 18,000 ratings from Amazon customers and a 4.5-star overall rating. 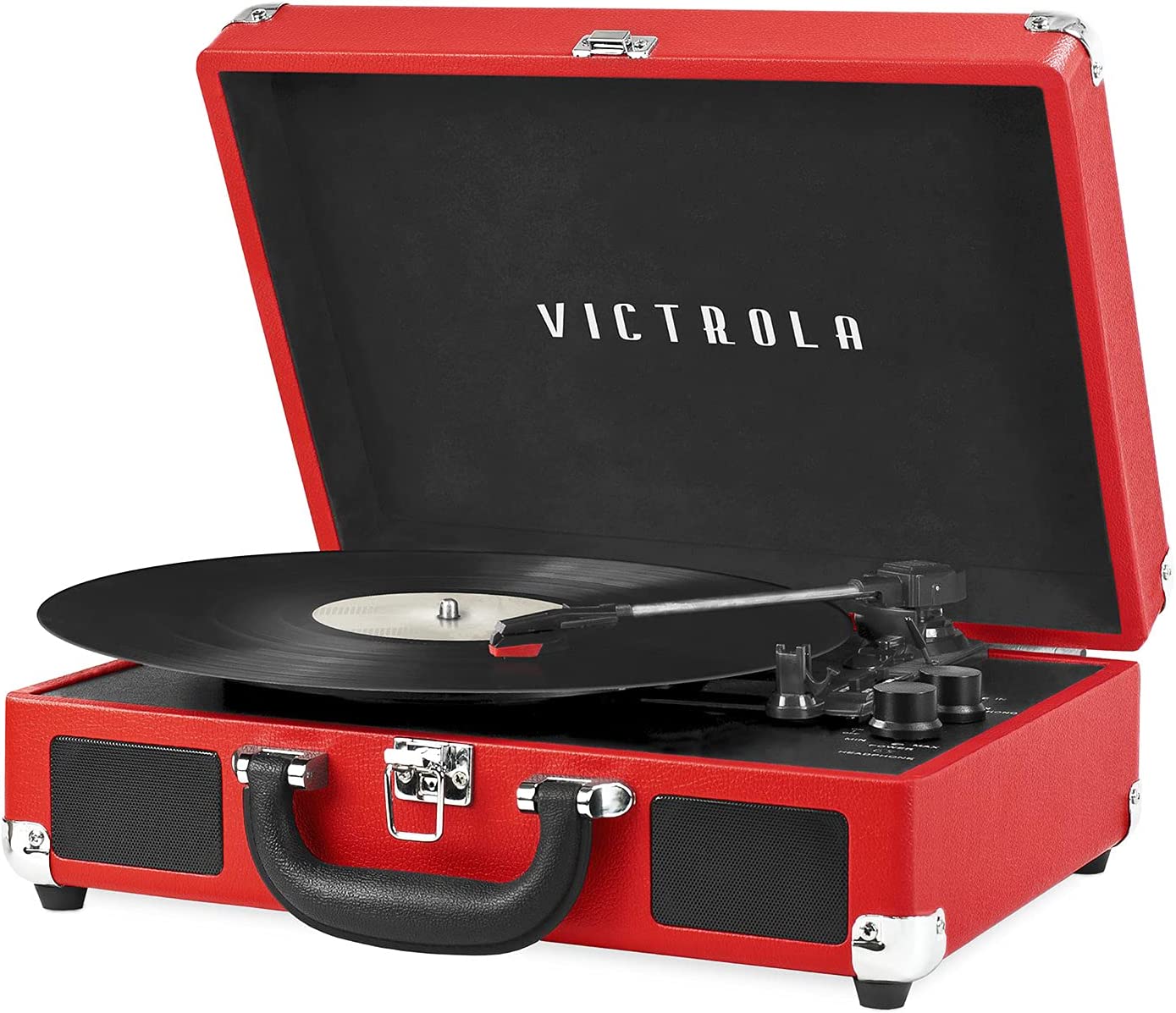 Sold exclusively on Amazon, Samsung’s wireless soundbar can be wall mounted or rest on your entertainment center. Unlike most soundbars, this wireless speaker comes with “two woofers and tweeters built in, so you can enjoy rich sound that will fill your room” via an all-in-one soundbar.

For TVs like the Samsung Frame, projectors and budget flat screens, a powerful wireless soundbar is a necessity, and this product fits the bill perfectly. In addition to acting as your new sound system, it can also act as a smart speaker, connecting you with your smart voice assistant of coice.

You’ve come across a time when you had to make a decision, like choosing what device you want to keep powered because of how available outlets are hard to come by in the home. With the GHome Smart Power Strip, however, you won’t have to worry because it features three outlets and three USB-A ports to charge all of your devices.

This isn’t just any power strip because it’s compatible with voice assistants like Amazon Alexa and Google Assistant. It’s a smart power strip that’ll allow you to remotely turn on each outlet and USB port through an app. It’s perfect for Halloween season with all of your decorations needing to turn on and off at specific times. Need more options? We’re constantly looking out for the best deals on surge protectors, power strips, and outlet extenders. 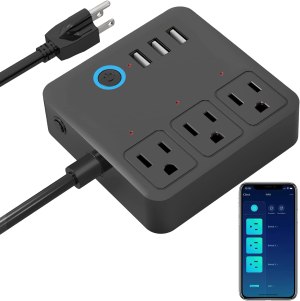 Alright, it’s low-tech, technically, but it’s one of those accessories you thought you’d never need until you’ve experienced that frustration of constantly misplaced the Apple Pencil. This Apple Pencil holder from ESR ensures that the popular stylus is always within reach because it’s fastened on with an adhesive — giving the Apple Pencil a proper place to be stowed away when it’s not being used.

Do you own an Apple Pencil alternative instead, or perhaps use another type of tablet altogether? No worries because you can still use this to stow the stylus from other makes and models. 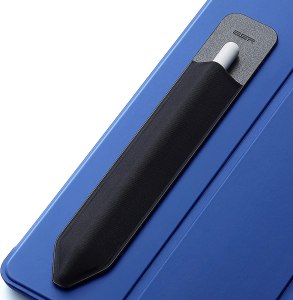 Eufy makes incredible home security cameras and baby monitors. This particular one is interesting because the camera that’s included in the bundle has the ability to pan and tilt. Meaning, you can set it somewhere in the baby’s room and articulate it accordingly.

It comes with a 5-inch 720p display where you can keep eyes on your newborn when you’re not there in the room. When you step away, it has a range of up to 1,000 feet to keep a stable live stream. Other smart features include a temperature alert to notify you when it changes in the room, as well as noise detection to let you know when the baby needs assistance. 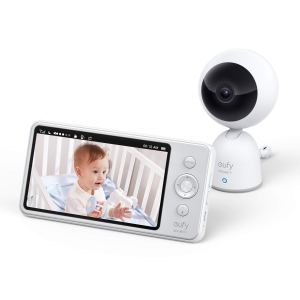 Just when we thought it wouldn’t return, Amazon surprised us by bringing back Prime Day pricing on the Amazon Echo Show (2nd Gen). You can technically buy two of them and they’d be less than the price of one normally.

We’ve raved about the advantages of the Amazon Echo Show (2nd Gen). For starters, this smart display is one of the more compact options — making it perfect for tighter spaces like a side table, night stand, or counter. We also appreciate some of the enhanced functions it offers, such as video calls to other Amazon Echo Show users. 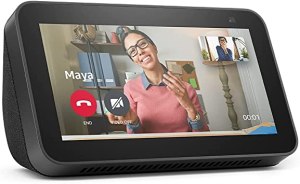