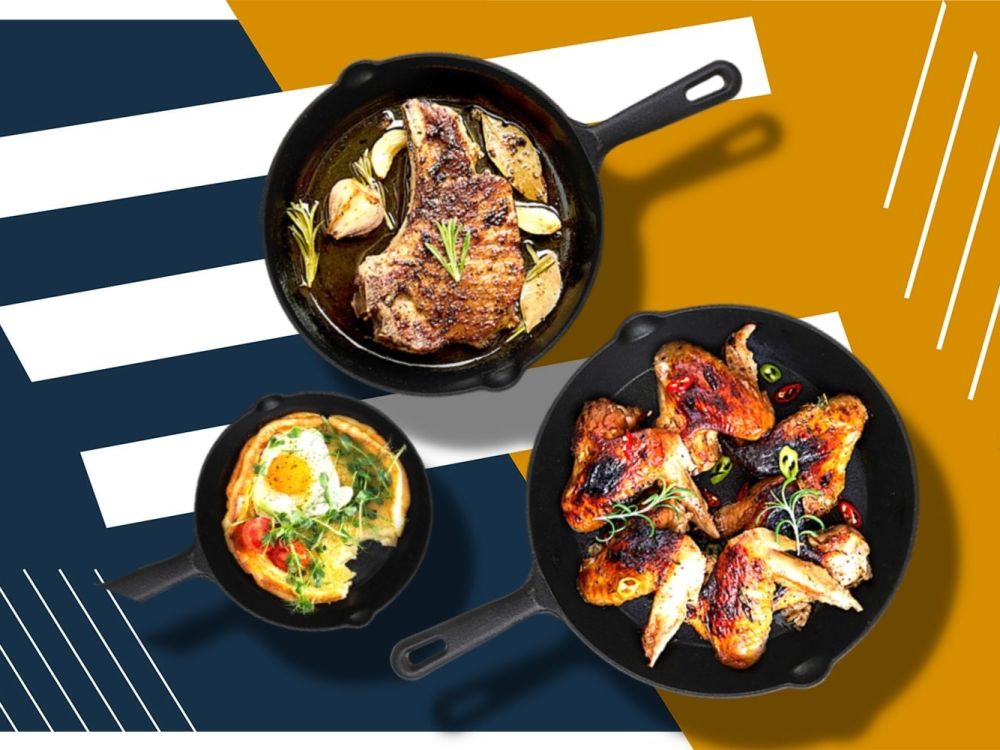 You guys, kitchen deals don’t get much better than this Utopia Kitchen Pre-Seasoned Cast Iron Skillet Set for $27.99. Originally $40.99, this new price reduction brings the cost down 32%, saving you $13 overall.

In this set, you’ll receive not one, not two — but three pre-seasoned skillets in graduating sizes. Getting the entire collection for $28 means that each pan is just a little over $9 apiece. Yes, you read that correctly. Less than $10 per cast iron skillet!

These 6, 8, and 10-inch pans will make a great addition to your cookware collection. Each has been pre-seasoned with soy-based oil, so they’re ready to use on arrival.

This deal is a no-brainer for those looking to update their kitchenware for the spring and summer seasons. Hell, for $41, this is a good deal, so at $28, you’ll be able to grab a set for yourself and gift one to someone special in your life. Mother’s Day is just around the corner, you know.

Cast iron skillets are a must-have in any kitchen, thanks to their ability to cook with evenly distributed heat. With this set from Utopia, with just shy of 10,000 reviews, you’ll have plenty of options for preparing your favorite foods.

You’ll receive three pans in three sizes: 10, 8, and 6 inches when ordering this set. You can use them on various heat sources, including gas, electric, induction, ceramic-glass stoves, ovens — even over the open flame — to sauté sear, braise, roast, fry, or bake. These durable pans are ready to use right out of the box and come fully pre-seasoned.

According to some experts, cast iron is even better for your health since it doesn’t seep chemicals into your food as other pans may. However, they do need individual care for maintenance in between use. Users should be mindful that cast iron is not dishwasher safe and only requires scrubbing with a brush and water when cleaned.

Be the First To Know About New Deals!

Let’s get saving — check out the best deals you can find around the web right now! 💸https://t.co/SUZKxL7g3d