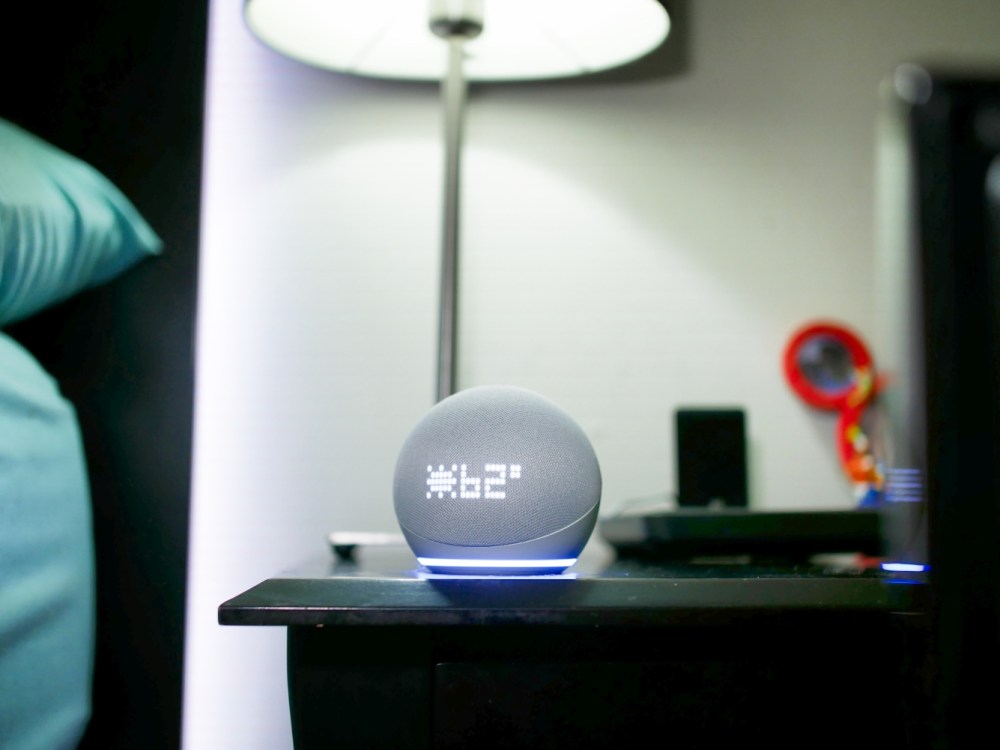 From a cursory look, it wouldn’t appear as though Amazon changed a whole lot of things with its latest entry-level smart speaker. Sporting the same orb-shaped design as before, the new Amazon Echo Dot (5th Gen) lineup makes a logical change by doubling as Eero Wi-Fi access points. That’s big news because it goes beyond the functions of a smart speaker.

We’ve been spending some time with the new Amazon Echo Dot with Clock (5th Gen), which only differs from the standard version with its dynamic LED display that now shows you more details and animations. You may already own one or maybe two Echo Dot speakers in your home, but you’ll be surprised by why you should think about getting this new one.


Amazon Echo Dot (5th Gen) with Clock: At a Glance 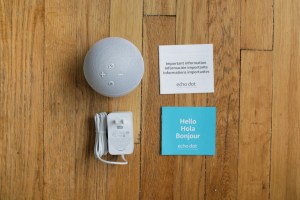 Aesthetically, nothing dramatic has changed with the new Amazon Echo Dot (5th Gen) with Clock. It’s still rocking the lovable spherical design from a couple of years ago that supplanted the previous puck designs of the early Echo Dot smart speakers. 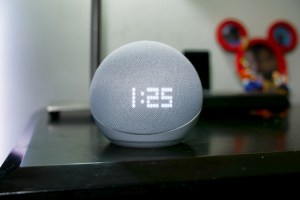 Thanks to its compact size, I was able to place it on my nightstand right next to my bed, whereas with other speakers, they would overwhelm and take up too much space. The mesh fabric still wraps around the speaker, while physical buttons on the top allow for quick access to the volume controls, action button, and dedicated mute button. In addition to voice commands, there are now tap gestures you can use to perform functions, like pause/play, by tapping the top of the speaker.

Of course, it wouldn’t be an Echo Dot without that hypnotic LED light ring around its base. Its vibrant glow always catches my attention whenever I say the “A” word, but it still changes color for various notifications, like turning yellow when Amazon packages are delivered. 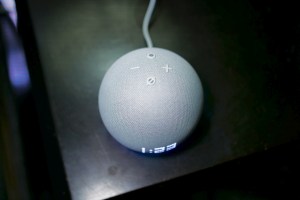 Despite the recycled design, its modern look still complements the rest of the decor around it. The biggest change, however, relates to its new LED display.

Amazon did make an upgrade to the LED display, which now features high-density dot technology that allows for dynamic animations, whereas previously, it was simply static. It’s still plenty bright and potent enough to make out when I wake in the middle of the night still groggy.

However, the upgrade now shows more details than before. For example, it’ll scroll the name of the artist and title when I tell Alexa to play a song, on top of other things like the weather, calendar events, and more.

You could argue it’s a minor addition, but it’s nonetheless a new change that adds more convenience.

Underneath its spherical shell, Amazon has outfitted the Echo Dot (5th Gen) with a redesigned audio architecture that’s powered by a custom 1.73-inch full driver. The end result is still impressive as its predecessor with crisp-sounding audio that doesn’t strain at the loudest volume.

I can tell that the bass has been toned down by a few ticks, focusing on the mids and highs instead this time around, but you can still adjust its performance through the Alexa app. For its size and price, I can’t complain much about the performance, especially when pairing two units beats the sound coming from the built-in speaker of the Amazon Fire TV Omni Series.

Finally, we have a smart speaker that doubles as a Wi-Fi access point extender. With its Eero built-in functionality, dead zones in and around your home will now be a thing of the past. This is a longtime feature I’ve always wanted in a smart speaker, so it’s a relief that Amazon has finally brought it.

After setting up the Amazon Echo Dot (5th Gen) with Clock through the Alexa app, I was surprised that I still had to download the Eero app in order to turn on its Eero built-in function. I currently have the Ring Alarm Pro, which doubles both as a DIY home security system and Eero router. 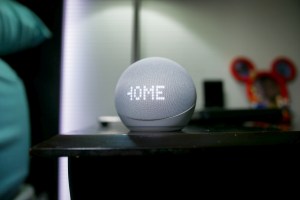 Once I got it all set up, the Amazon Echo Dot (5th Gen) with Clock was helping to cover the weaker Wi-Fi signals I was having in the bedroom since the router is located in the living room. I’m just shocked that it’s still cheaper than buying a dedicated Eero access point extender.

Ultimately, it goes to show that there’s now more purpose to it than ever before.

While its Eero built-in function is no doubt appreciated, I am convinced that its privacy features are more notable. Amazon didn’t go into detail about it, but the Echo Dot (5th Gen) with Clock features temperature and motion detection sensors — both of which add a substantial amount of privacy to the gadget.

I’ve expressed how security cameras are too pervasive in areas like the bedroom and bathroom, which is why I’ve always recommended motion sensors instead. With its Ultrasound Motion Detection, the Amazon Echo Dot (5th Gen) can tell if someone’s in the room or not. I set up a routine that would announce that someone is in the room on all my Echo devices, but this opens up even automation. 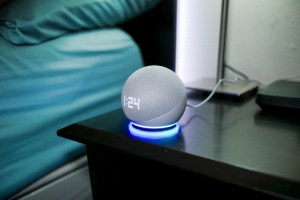 The bottom line here is that the Amazon Echo Dot (5th Gen) with Clock is a gadget focused on privacy and security, which isn’t something you often find.


Our Verdict: Should You Buy the Amazon Echo Dot (5th Gen) With Clock?

Like I mentioned at the beginning, you probably own several smart speakers already. So what’s the incentive of buying yet another one with the Amazon Echo Dot with Clock? You’ll cover any Wi-Fi gaps you might have in your home, as well as a security guard that respects your privacy.

Considering that it’s still rocking the same prices as before, $50 and $60 respectively for the Echo Dot and Echo Dot with Clock, it’s more of a reason to get either of them. This is on top of their core function of being the gateway to your smart home gadgets. 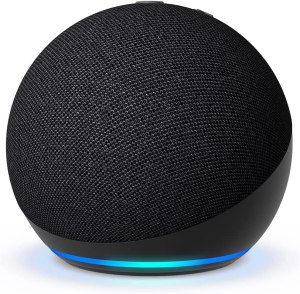 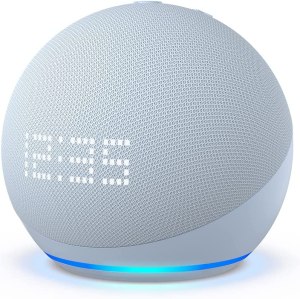 The Best Smart Speakers For Every Room